Home » BLOG » Can an Elder Law Attorney Help Me If I Suspect Nursing Home Abuse? 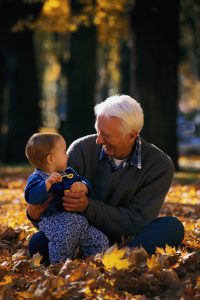 What can an elder law attorney do for you? At some point in your life you may have to make the difficult decision to place a parent in a nursing home. Individuals rarely make the decision lightly. However, once you have made the decision that a nursing home is the best, or the only, viable option for your parent, the next step can be equally difficult. Choosing the right nursing home can cause a lot of stress and worry.

Despite taking your time, doing your research, and conducting interviews at each facility, concerns can linger and/or pop-up down the road. What if your parent becomes the victim of abuse? If you ever have reason to believe that this worst nightmare is occurring, consult with an elder law attorney immediately.

Abuse and neglect of the elderly is certainly not a new phenomenon. Sadly, both family members and paid caregivers have abused, neglected, and victimized the elderly for as far back as there are records. Though not a new problem, abuse of the elderly is a growing problem in the United States. To be fair, the numbers relating to elder abuse are increasing so dramatically partially due to heightened awareness of the problem. The other cause for the increase in elder abuse is the increase in the elderly population in the U.S. As older Americans (age 65 and older) continue to represent more and more of the population as a whole, they create more opportunities for predators to prey on them and commit crimes of opportunity.

How Big Is the Elder Abuse Problem in the U.S.?

Obtaining accurate statistics regarding elder abuse and neglect has been challenging for two reasons. First, elder abuse is a relatively new legal issue. Therefore, laws and reporting requirements can vary wildly across the U.S., making it difficult to accurately collect data. Second, experts universally agree that the problem is much greater than any available data suggests. This is because the elderly frequently do not report the abuse and/or neglect. Sadly, elderly victims often stay silent if they feel shame and/or are dependent on the abuser. The facts and figures regarding abuse of the elderly that are available, however, are startling:

According to the results of studies and surveys published by the National Center on Elder Abuse, the frequency with which abuse and neglect in nursing homes occurs is particularly shocking. Consider the following facts and figures published by the NCEA:

How Can an Elder Law Attorney Help?

States across the U.S. are scrambling to try and address the problem of elder abuse. Most states have now enacted specific laws making abuse of the elderly a crime. In many states, when the victim is over a specific age, existing crimes are deemed aggravated. While these laws certainly help, they are aimed at individual perpetrators, not at facilities, such as nursing homes. This is where an elder law attorney may be able to help.

Abuse of a resident at a nursing home may also provide the basis for a civil lawsuit against the nursing home itself for negligence. Failing to properly supervise staff, negligent hiring, and a wide variety of other actionable theories of liability could all hold the facility liable. No amount of monetary compensation is worth having a parent live through abuse. Yet, the nursing home should be held accountable for allowing the abuse to occur.

For additional information regarding the guardianship process in nursing home abuse in the State of Texas, contact the experienced Texas estate planning attorneys at The Mendel Law Firm, L.P. by calling 281-759-3213 to schedule your appointment today.