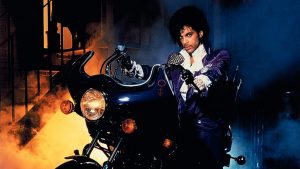 In 1982, Prince released a song dubbed, 1999. In it, he expressed the following sentiment, “But life is just a party, and parties weren’t meant to last.” Prince Rogers Nelson is an American musical legend known for his avant-garde approach to music. Rolling Stone magazine once named Prince the 27th greatest artist of all time. The Los Angeles Times described Prince as, “among the most versatile and restlessly experimental pop artists of our time.”

Restless is a fitting choice word for the singer/songwriter. Being restless led to Prince’s creation of some of the most influential music of the 80s and onwards. Each new hit presented a wide range of musical styles and social issues. However, being restless also led to a reckless lifestyle. This caught up to the legend when he died in 2016 in his mansion after overdosing on opioids. Yet, it was Prince’s family who was left to clean up the aftermath of his life’s party.

When the Party Is Over

The breaking report of Prince’s death from drug overdose unsurprisingly consumed the news media. Yet, the real firestorm came when Prince’s family was unable to produce any form of last Will and Testament. Prince’s only full sibling, Tyka Nelson filed for probate soon after.

Within three weeks of Prince’s death, 700 people had claimed to be half-siblings or descendants. DNA profiling had to ensue. As of 2018, two years after Prince’s death, his family had yet to see as much as a dime of Prince’s $200 million estate. Even worse, the continually contested case has resulted in several million dollars lost to the fees of such a lengthy probate.

Prince was quoted once saying, “People speculate on your personal life all the time anyway. So I just think it’s important to keep my private life private and my public persona more into music, you know?” Sadly, the music idol’s reckless choice to never form an estate plan in life turned his private life into a drawn out public spectacle after death. It is hard to deny that wild abandonment can lead to great success in the music industry. Listeners are always looking for something new and shocking and Prince provided. However, this lifestyle won’t fly most anywhere else.

A lack of forethought can and will lead to a disaster in your estate planning. Fortunately, this is why lawyers, focused in the estate planning practice, exist. If you would like to learn more about estate planning and the process of protecting the one’s you love from the stress of dying intestate, contact the Mendel Law Firm, L.P., for a free initial consultation on estate planning, trust planning, and/or probate issues.