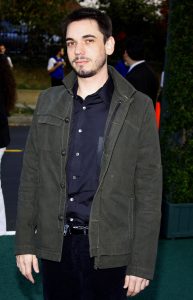 DJ AM aka Adam Goldstein at the 2007 Environmental Media Awards held at the Ebell Club in Los Angeles on October 24, 2007. Credit: Lumeimages.com

Goldstein’s stage name, “DJ AM” stands for his first and middle names, Adam Michael. He was a member of the rap/rock group Crazy Town between 1999 and 2001. He collaborated with Travis Barker of Blink-182 and +44 in several performances, including the 2008 MTV Video Music Awards. He and Travis Barker were DJs together, known as TRV$DJAM. Barker and Goldstein both survived the 2008 South Carolina plane crash that took the lives of  four (4) people on board. Goldstein died of a drug overdose in his New York City apartment at the age of 36.

Immediately following Goldstein’s death his mother filed to open a probate estate for her son’s assets, listing herself as the only heir, because she is the only surviving parent. Goldstein was unmarried and had no children. Goldstein did not have a Will. Or, if he did, one has never been found. This is a substantial mistake on his part as his property has been estimated at $3.9 million, but with an outstanding mortgage or two totaling $2.9 million. Goldstein also had filed a lawsuit due to serious injuries suffered from the airplane crash in September 2008. His lawyers handling the personal injury claim were trying to negotiate a settlement. These figures also do not include any royalties his estate may receive from recordings. All of these matters could have been handled with an estate plan or, at the very least, a Will.

Adam Goldstein was a successful musician, but even talented musicians fail to properly plan. If you want to minimize your estate planning taxes and/or avoid the probate process, then contact The Mendel Law Firm, L.P. for a free initial consultation on estate planning, trust planning, and/or probate issues.