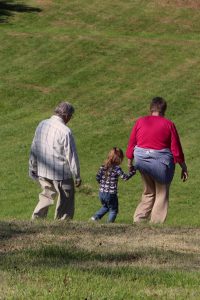 Over the last several decades, the older population in the United States has grown at an unprecedented rate. What is more, it shows no signs of slowing down in the years to come. In fact, experts tell us that by the year 2050, Americans age 65 and older will outnumber their younger counterparts (age 21 and younger) for the first time in history. The boom in older Americans is thanks to several factors. This includes the general increase in life expectancy and the fact that the “Baby Boomers” are just now reaching retirement age.

The increase in older Americans will, in all likelihood, come with a number of positive and negative impacts on society. We’ll likely see an inflation in wisdom but also in the cost of healthcare. In fact, a recently released report says that Baby Boomers will be sicker than previous generations. Furthermore, the report showed that the cost of that care will have a direct impact on the American economy.

What Does the Report Say About Baby Boomers?

The report, released by the United Health Foundation, says that the next generation of senior citizens will be sicker and costlier to the health care system over the next 14 years than previous generations. The report looked at the current health status of people ages 50 to 64 and compares them to the same ages in 1999.

According to the report, roughly 55 percent more seniors will have diabetes and 25 percent more will be considered obese. These findings are important not just for the Baby Boomers themselves, but for caregivers and the economy as a whole. Simply put, poor health is costly. For example, healthcare costs for someone with diabetes are 2.5 times higher than those without. “The dramatic increase has serious implications for the long-term health of those individuals and for the finances of our nation,” says Rhonda Randall, a senior adviser to the United Health Foundation and chief medical officer at United Healthcare Retiree Solutions, which sells Medicare Advantage plans.

Who Will Pay the Price?

Unsurprisingly, experts expect Medicare to bear the brunt of the increased costs. Keep in mind, however, Medicare is a government funded program. So, it is taxpayers who will actually foot the bill. Individual states will also feel an impact, with some states harder hit than others. Colorado, for example, expects the percentage of the older population with diabetes to increase by 138% by 2030. Another good example is Arizona. Its population of obese individuals over 65 is expected to grow by 90 percent. Yet, it’s Louisiana that takes home the title of, unhealthiest state for seniors.

Is There Any Good News for Baby Boomers?

It’s a bit frightening to think that the next generation of seniors will be sicker than ever before. Yet, there is a bit of good news. Seniors, in general, are working to improve their quality of life and health. People who are aging into the senior community right now are far less likely to smoke than earlier generations. Seniors in the 65 to 80 year old age bracket also report that their overall health has improved, rather than decline, over the past three years.

What Can I Do?

It’s easy to feel helpless when we hear scary reports like these. Yet, there are always ways in which you can prepare for the future. These preventative measures should come in the form of taking care of both your physical and financial well-being. One way to protect your wealth from the problems that arise in old age is to talk to an elder law attorney.

If you have questions or concerns relating to elder law of senior care issues, contact the experienced Texas elder law attorneys at The Mendel Law Firm, L.P. by calling 281-759-3213 to schedule your appointment today.