Home » BLOG » Could Algae Be the Cause of Alzheimer’s? 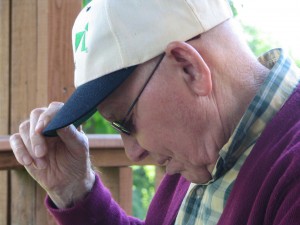 Evading old age infatuates our society. Stories spread the legend of a mystical fountain of youth. Pop anthems sing out forever young. We even sell serums and offer surgeries to “reverse” the effects of aging. Still, to our vexation, everyone continues growing older. Yet, it is not the growing older and wiser that scares us, but the debilitation that comes along with it. Increased medical conditions, loss of motion and senses, and eventual death, are all realities included in the thoughts of aging. Dementia can be a particularly scary possibility amongst this mix.

An Increase in Alzheimer’s Disease

In recent years, there has been a concerning spike in those who have tested positive for Alzheimer’s disease. Until recently, scientists have had virtually nothing to help them fight the tragic effects of the disease. Furthermore, they were unable to pinpoint the cause of increase in Alzheimer’s sufferers. The good news is that may all be changing. According to a recent report in the journal Proceedings of the Royal Society B, it appears that cyanobacteria may be linked to Alzheimer’s and other related diseases. Environmental exposure to these bacteria includes harmful algal blooms and/or contaminated foodstuffs. That’s right; algae might be a cause of Alzheimer’s!

The Search for Answers

Almost 20 years ago, an ethnobotanist by the name of Paul Alan Cox, Ph.D, and his colleagues, began studying Chamorro villagers on the Pacific Island of Guam. They chose the remote location because villagers were suffering from a disease similar to Parkinson’s, ALS (Lou Gehrig’s disease), and Alzheimer’s. Military personnel from the U.S. had originally noticed the disease as far back as the 1950s; however, two decades of studying the disease had failed to find an origin or cause. At that time, doctors studying the disease could not find any clear pattern of inheritance. In fact, outsiders who lived with the villagers also became susceptible to the disease.

“We knew that other peoples on Guam, including the Filipinos, the Caroline islanders, U.S. military personnel, and expatriate Japanese did not get the disease, only the Chamorro villagers. So as ethnobotanists, we spent our time in the villages, rather than in the clinic, trying to figure out who the hidden killer is,” Dr. Cox told CBS News.

Lacking any evidence of a genetically inherited cause, researchers turned to the possibility of an environmental cause. They began to look for any element that the villagers alone were exposed to. Research led ethnobotanists to the cycad seeds. The Chamorro people used the cycad seed to make flour for tortillas. Flying foxes, another staple of the Chamorro diet, also munched on the seed. The cycad seed contains the neurotoxin BMAA. Researchers believed that this might be linked to the neuropathologic disease found in Chamorro. Further study revealed that the neurotoxin is also present in cyanobacteria in harmful algae blooms. A more common name for these blooms is blue-green algae. Cyanobacteria, it turns out, are present all over the world. In short, this discovery potentially provides a global explanation for the related diseases.

In an effort to confirm or dispel the possible link between cyanobacteria and Alzheimer’s (and related diseases), researchers fed vervet monkeys fruit dosed with BMAA. After 140 days, the monkeys developed neurofibrillary tangles and amyloid deposits in their brains. These are hallmarks of neurodegenerative diseases. “When the neuropathology images started coming up, some of the neurologists started weeping. I couldn’t speak,” Cox said. “We knew that nobody has ever successfully produced [brain tangles and amyloid deposits] in an animal model.” This discovery opened up a new world of research on neurodegenerative diseases. Now, researchers could move on to finding a cure.

The Search for the Cure

Researchers fed another group of the monkeys BMAA along with a supplement of the dietary amino acid L-serine. The new subjects showed fewer tangles than the first group tested. This could indicate that adding amino acid L-serine to the diet of Alzheimer’s sufferers may be an effective weapon against the disease. Phase I FDA-approved human clinical trials in which ALS patients receive daily doses of L-serine are now reaching their conclusion. Alzheimer’s patients will receive further testing in the future.

“We have discovered that chronic exposure to an environmental toxin triggers Alzheimer’s-type pathology in the brain,” Dr. Cox told CBS News. “Thus people can reduce their risk of disease simply by avoiding exposure to cyanobacteria in harmful algal blooms or contaminated foodstuffs.” Studies have previously found that BMAA can accumulate in fish and shellfish in South Florida and anywhere else algae blooms are present.

What Does This Mean for You?

We hope to see a day when no one need suffer from Alzheimer’s disease; however, in the meantime, there are measures you can take today to prepare in case the disease strikes. Caring for a loved one who is suffering from Alzheimer’s can be physically, financially and emotionally draining. Be that as it may, having the right legal tools and strategies in place can help. This may include adding guardianship over your loved one and/or a workable long-term care plan into your estate plan. In conclusion, if Alzheimer’s is a concern for you or the one’s you love, contact the Texas estate planning attorneys at The Mendel Law Firm, L.P. by calling 281-759-3213 to schedule your appointment today.